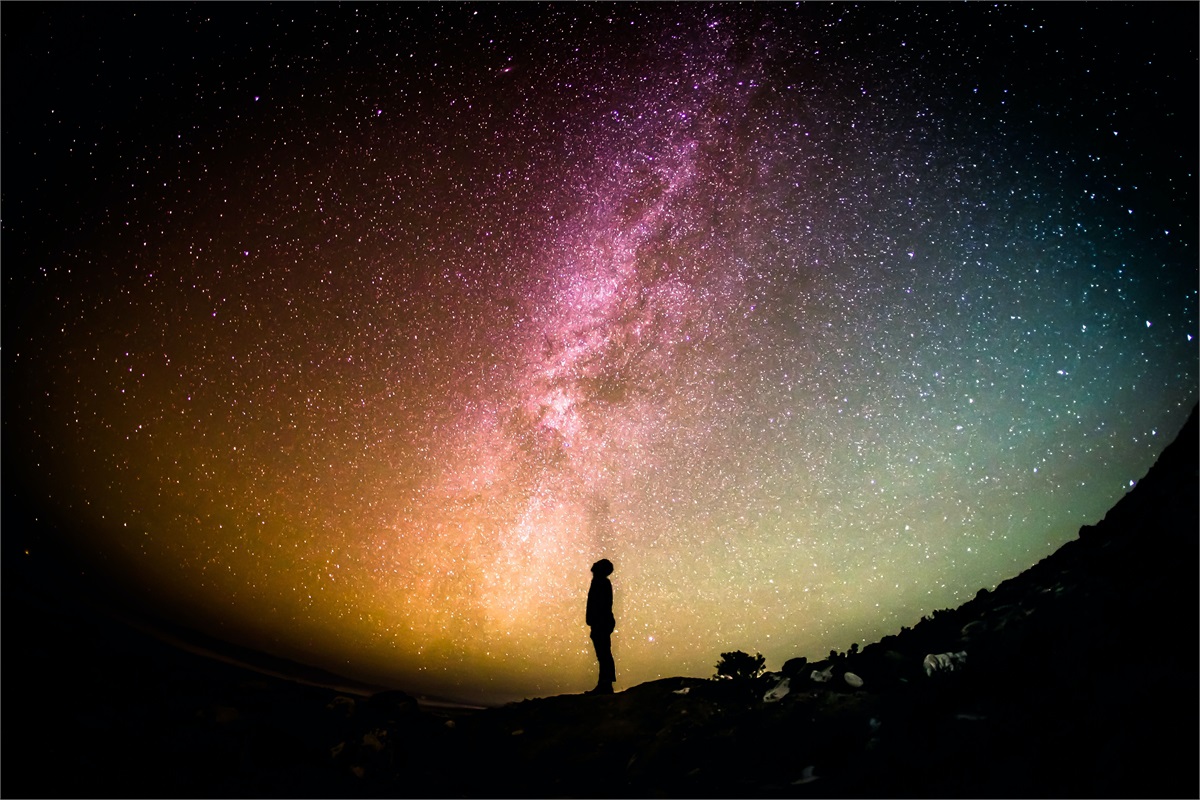 I have been putting quite a bit of content out on social media lately.  They say that people do business with people they know, like and trust.  I doubt I can make you like me or trust in a little blog post, but at least you might get to know me a little better.  If that helps, you can reach out and we can work on the other two!

I was born in Roswell, N.M. after the spaceship crashed yet before anybody knew about E.T. and his gang of extraterrestrial Uber drivers.  Both of my parents were born there as well.  They were born before the Roswell incident, but I never heard much about it when I was growing up.

I did all the usual 1970s kid stuff, baseball, basketball, a couple of years of football, etc.  The one odd thing was my mother always worked outside the home and both sets of my grandparents had their own businesses at one point.  My paternal grandparents had a shop called the Brown Maid Shop where they sold Native American jewelry, rugs and fireworks.  Weird combo but apparently it kept the lights on.  My maternal grandparents, Mott Cessna Cunningham, Jr. and his wife (my Nana) Marie used to sell fruit out of their garage.  I remember all of their mail was addressed to M.C. Cunningham, but everybody called him Sonny. As you can see, one Mott Cessna was not sufficient, so my grandfather was a Jr.

Papa Cunningham suffered from polio as a kid so he couldn’t walk very well at all.  He had to wear braces on his legs and hang onto stuff when he would shuffle to the car.  Yet, somehow he still was able to work selling fruit from his garage and later as the office manager at a place called Herring Produce.  When he was older, we would have to get his wheelchair out of the back of his car and help him sit in it.  To this day, it pisses me off when I see people taking advantage of handicapped stickers and parking in the handicapped spots!!

My dad played the drums when he was in high school and later played the drum set in some local dance bands.  I remember going to watch him a couple of times and I thought that was the coolest thing of all time, so I decided I was going to be a drummer.  I joined beginner band in 7th grade and they asked you what instrument you wanted to play: Drums!  Then they asked you your second and third choice:  Drums, Drums.  I remember the band director telling me not everybody could be a drummer and I told him, if I wasn’t going to play the drums I was not going to be in band.  Thus, I became a drummer.

I played drums all the way from 7th grade through college.  I played in marching band, a rock & roll cover band, marimba band, percussion ensemble and took private lessons.  In college during football season, we were drumming close to 40 hours per week!  Today, I still practice drumming on my practice pad and follow lots of great drummers on social media.

As a kid growing up in the late 60s and 70s, my bicycle was my only means of transportation.  I got my first car after I graduated from college, so if I wanted to go someplace, I went on my bike.  When I was a kid, I was knock kneed and super skinny.  It kind of freaked me out to see how skinny my grandpa’s legs were because of his polio and then when I started to grow a bit, I was knock kneed and kids made fun of me.  When I was a sophomore in high school, my life was saved by a local orthopedic surgeon named Dr. John Moore.  He did a surgery where he cut the bones on the inside of my legs on the growth plates so that when I grew, my legs would straighten out.

When he first looked at the X rays of my legs prior to the surgery, he told me I was going to be 6’3”!!  At the time I was 5’8” and weighed about 130 pounds.  After the surgery, when they took off the bandages, I was super disappointed.  My legs were actually skinnier and had not changed at all.  But eventually I did grow to 6’3” and my legs are very normal.

I started riding bicycles more seriously after I graduated from college.  I used to run quite but after years of playing basketball and running, my poor knees had enough so I started riding more and more.  Today, riding bikes is one of my favorite things to do.  I usually ride anywhere between 100 and 150 miles per week.

In August of 2018 I crashed on my bike and shattered (and I do mean shattered), my left femur.  I had surgery to put it back together and was in the hospital and rehab hospital for 16 days.  I had to go to physical therapy for nine months and did my first outside ride on 3/8/2019.  After years and years of talking to people about buying disability insurance, I turned out to be the one filing a disability insurance claim.  It’s kind of weird when you take your own advice, and it actually works out the way you say.  This leads to the last bullet point….

One time when I was an adult, my mother told me we were poor when I was growing up.  I had no idea.  She said, why do you think we ate all of those pot pies and macaroni and cheese?  I thought we ate it because it tasted good!  I do remember when I was in 5th grade, my parents wanted to buy a bigger house.  Our house was 1008 square feet (I looked it up on Zillow), had three bedrooms and 1 and a half baths.  The house payment was $74.00 per month.  The house payment on the new house was going to be $150.00 per month.  My dad was freaking out because the house payment was twice as much.  I remember thinking $76.00 extra dollars doesn’t seem like that much money.

When I went to college, I was still playing drums but knew I didn’t want to be a band director so I thought it would be a good idea to pick a major.  After looking through the catalog, I thought a business degree with a finance concentration sounded good.  After I got my finance degree, I could manage a mutual fund.  I had recently heard about those things as well.  My plan was set.  Play drums for 4 more years, get a finance degree then go be a money manager for Fidelity!

When I graduated, the companies that were conducting interviews at the business school were collection agencies, penny stockbrokers, some banks and a place called John Hancock Financial Services.  Apparently, all of the money manager jobs for guys with a B.B.A. in finance were taken!

My first day at John Hancock, the manager told me to show up at 6:00 p.m. on a Thursday night.  Seemed a little weird, but, whatever.  I was given a cold call script, a phone book and six people sat at desks and shared two phones to make cold calls to total strangers for 2 hours.  I came back on Friday night and did it again.  Then, once again on Saturday morning from 10:00 a.m. to 12:00 p.m.  At the time, I remember thinking, I went to college for this??

I started off selling life insurance from the appointments I had made cold calling.  Almost immediately I got my Series 6 and Series 63 license and started selling mutual funds as well.  All of our meetings were held at people’s houses at night.  In my first year of doing this I made $38,000.  This was in 1986!

In 1991, I moved to Northwestern Mutual.  The biggest reason I moved was the general agent told me, all of their agents held their meetings during the day and they didn’t do cold calls!  Bingo!!  Count me in!

Over my 22 years at Northwestern I developed my financial planning practice and found I really enjoyed working with people in the You’re On Your Own Economy.  I had a lot of clients who owned their own law firms or dental practice.  When I went independent in 2013, that trend continued.  I have developed amazing relationships with people who are on their own.  They are lawyers, dentists, people who have changed jobs or retired and people who have come into an inheritance.

In conclusion… I’m a guy from Roswell who played drums, rides bikes, has a financial planning practice and now I’m learning to speak Spanish.  It’s weird how some of those things connect.  My Dad and the drums, my grandfather’s polio and riding bikes and the $76.00 difference in a house payment making such an impression on me and eventually steering me to my current position.  At least when you read some of my other thoughts, you’ll have a little better idea about the guy who writes them.  If you want to talk, click the get in touch button at the top of my website and we can schedule something.  As always, thanks for reading!  KB