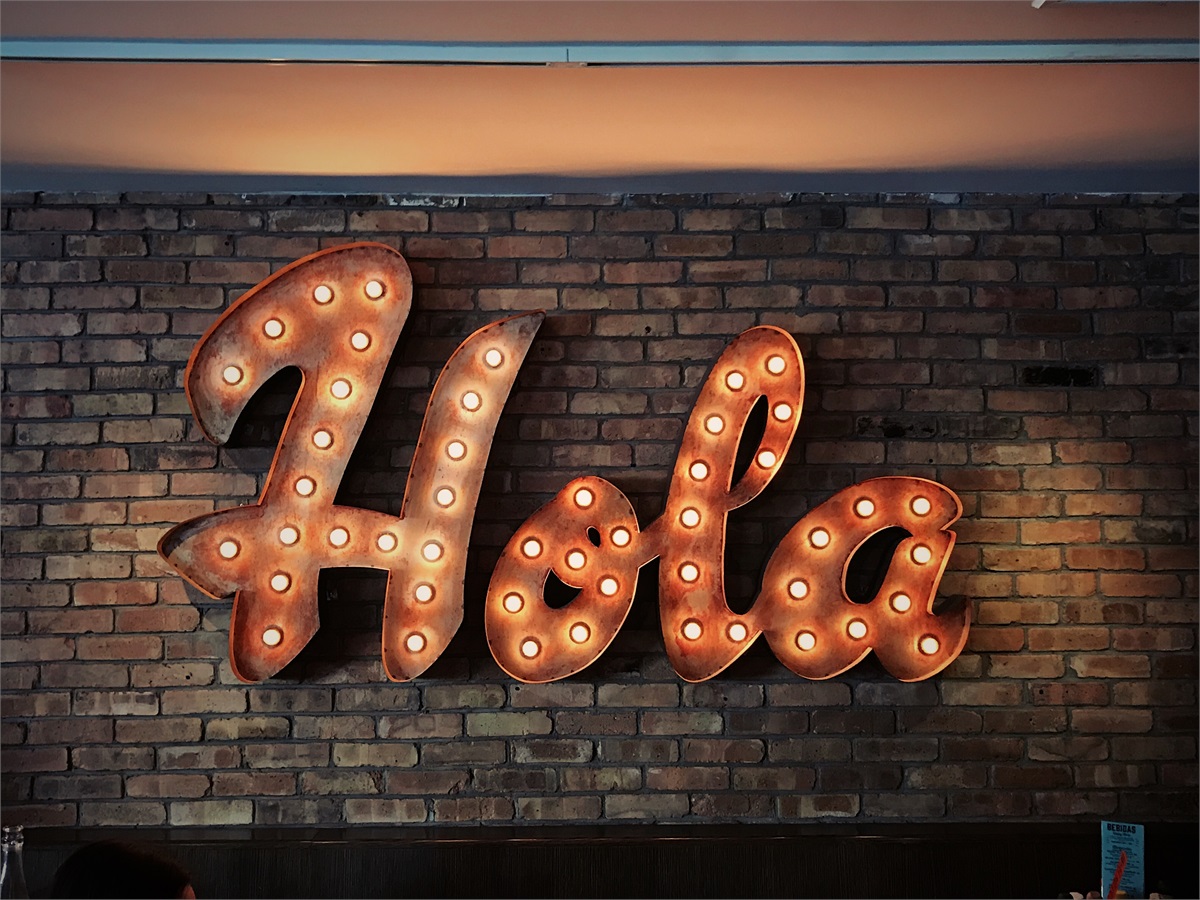 How Learning a Second Language Has Improved My Life

How Learning a Second Language has Improved My Life!

I have always wanted to be fluent in Spanish.  I took Spanish in middle school and I knew a few words and phrases, but I was and still am not close to being fluent.  One phrase I knew was, Quiero aprender hablar en Espanol con fluidez.  That means, I want to learn to speak Spanish fluently.  Unfortunately, I didn’t do anything about it until fairly recently.

When the pandemic hit in March, here in New Mexico we were pretty much on lockdown.  With more time on my hands I decided it would be a good time to start seriously studying Spanish .  At first, I signed up for Babbel.  Then I bought a little program I had seen advertised on Facebook and went through it.  After that I signed up for program called www.fluencia.com and www.spanishdict.com.  I still use those programs and they have helped with my vocabulary and learning more about the language.

One day, I was watching YouTube and came across a guy who lives in New York.  He’s a normal looking white guy who goes into Chinese restaurants and stores and orders food or tries to buy things.  At first, he speaks in English, then after a bit, he starts to speak to the people in fluent Chinese.  It’s hilarious!  The look on the people’s face when he starts speaking is priceless.  The most amazing thing is to see how appreciative the people are when they realize, this guy worked his ass off to become fluent in Chinese.  It’s a whole different level of respect and interaction.  Here’s the link to his YouTube channel:

Anyway, this guy also happens to be fluent in Spanish as well.  He’s a polyglot.  One thing he suggested was to check out a place called www.baselang.com.  This was how he learned to speak Spanish.  I figured if it worked for him it could work for me.

So, I signed up for the unlimited Spanish lessons on Baselang.  Here’s the way it works.  Baselang has teachers all over South America and Mexico.  You do your lessons via Zoom.  You can sign up for as many lessons as you want.  Lately, I have been doing an hour lesson, 6 days per week.  Some of my clients are fluent in Spanish and one person told me the best way to learn a language is through immersion.  That sounds great, but it’s not going to happen for me.  Baselang seemed like the next best thing to moving to Mexico!

I started the 7 day free trial in early September of this year.  I tried to do a lot of lessons and then signed up for the real deal.  It’s not cheap.  I pay $150.00 per month.  The good thing about this for me is, I hate wasting money.  If I am going to spend $150.00 per month, I’m damn well going to get my money’s worth.

When you first get going, you just pick some random teacher.  Sometimes they are great for me, other times, not as good.  But, over the last 7 weeks, I have found a few teachers that I really like.  Baselang lets you choose one favorite teacher.  In addition, you can rate teachers and pick classes with other teachers you like as well.  Here are a couple of their stories.

One of my first and still favorite teachers is named Martha.  She lives in Santiago, Chile but moved from Venezuela.  She was an English professor at a university in Venezuela.  The reason she moved from Venezuela to Chile was her salary as a professor was $4.00 per month!!  Yes, my lucky American amigos, 4 Dollars per Month!!  I asked her, how she was able to eat only making $4.00 per month.  She said she lived with her large family and everybody pitched in.  The didn’t eat any meat, mostly rice and beans.

This woman is super smart.  Fluent in English and Spanish.  She was a professor at a university, getting paid $4.00 per month and living on rice and beans.  Just incredible.

My favorite teacher is a woman named Kelly.  She too was from Venezuela but moved to Argentina.  She is 26 and is studying medicine at a university in Buenos Aires.  Because of the pandemic, Argentina is on a strict quarantine and all of her classes are online.  After she is done with her classes, she starts teaching Spanish on Baselang.  She works from 4:00 p.m. to 12:00 a.m. six days per week.  Between school and work she has to be working and studying at least 12 hours per day, maybe more.

I can tell more stories as well.  One teacher in Venezuela is a firefighter, an assistant to a real estate company and teaches Spanish as well.  She works 15 hours per day.  Another guy teaches exclusively on Baselang.  8 hours per day, 6 days per week.  Martha told me, a person like that will get paid $400.00 per month.  That works out to $2.08 per hour.  That sucks but it’s much better than $4.00 per month.

How This is Improving My Life

The first thing is I am getting much better at speaking Spanish.  Sometimes when I’m talking to Kelly, I don’t have to translate everything from English to Spanish before I speak.  I even laugh in Spanish now!  Yesterday, I was trying to write some words in Spanish in my notebook while at the same time speaking to her in Spanish via Zoom.  That one didn’t work out that great.  I told her, I’m not very good at multitasking in English, much less a second language.  Maybe someday I will be able to write an entire blog post in Spanish.  Necesito practicar mucho antes de eso!

The other thing that has happened is you get a whole different appreciation of how good we have it here.  Travel is the best thing to improve appreciation.  Luckily over the years I have gotten to travel to various countries around the world.  When I was a senior in high school, I went on a 5 week tour of Europe.  That was a life changing experience.  Since then, I have gone to Mexico and Jenny and I got to go to Cyprus to watch our oldest son play in the FIVB U19 World Beach Volleyball Championship.  But talking to people every day via Zoom is amazing as well.  Sometimes, the internet doesn’t work well.  I get to hear their stories and see how smart and hardworking my teachers are.  It’s just incredible.

It’s a big world out there.  If you want to see, learn and appreciate more, learning a second language is a great way to start.  While we are lucky to live in the United States, we’re not any better than anybody else.  My teachers are smart, bilingual (at least), hardworking, caring people who are trying to live a good life and provide for themselves and their families.  Just like you and me.

As always, thanks for reading!  KB