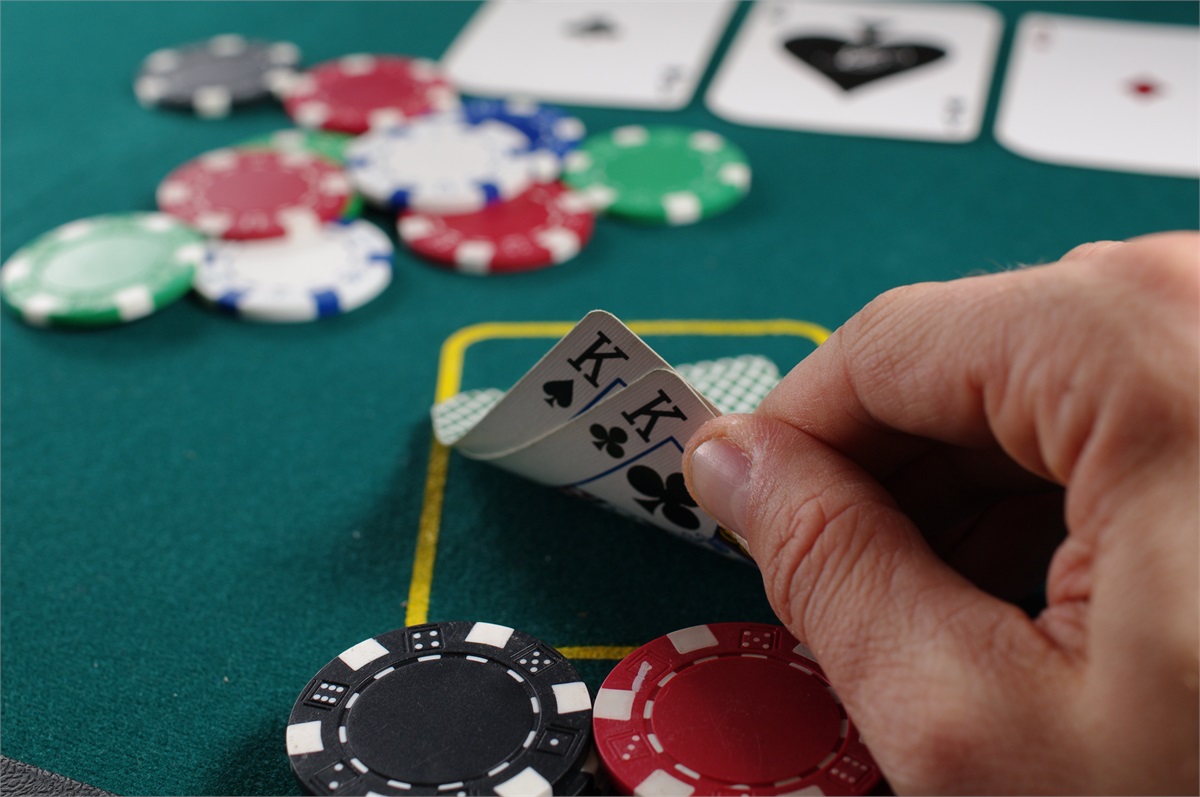 I am reading a book called, “The Biggest Bluff” by Maria Konnikova.  The subtitle says, “How I Learned to Pay Attention, Master Myself, and Win.”  Maria Konnikova is a writer and has her PhD in psychology from Columbia University.  She also graduated from Harvard.  This is from the introduction to the book.  “She had faced a stretch of personal bad luck, and her reflections on the role of chance had led her to a giant of game theory, who then pointed her to poker as the ultimate master class in learning to distinguish between what can be controlled and what can’t.”

She then approached one of the greatest poker players in the world, Erik Seidel, and asked him to mentor her.  She knew absolutely nothing about the game when she started but eventually began to win real money playing poker.  The book isn’t about how to go from a zero to a hero by playing poker.  It’s more about how poker mimics life and some of the invaluable lessons she learned in the process.  I’m about half way through the book but there are a couple of things I have already read that tie into some of things I talk about regarding financial planning and living your best life.

One of the first “lessons” she talks about is budgeting.  Having enough saved for emergencies.  Don’t spend too much.  In real life, people often avoid being punished for poor financial decisions.  They don’t lose their jobs.  They don’t get sick.  A lot of people are living on the edge and get away with it.  Poker, she says, is far less forgiving.

One thing Maria’s mentor, Erik showed her was his ability to stay calm even in the downturns.  In the long term, people with great skill, Erik’s ability to play poker in this case, will be ascendant.  Their ability will be triumphant.  But what happens if you don’t get to see the long run?  What if your luck runs out?  What happens if you go bust?  In poker, if you don’t know how to manage your bankroll, you’ll be broke and probably looking for another line of work.

In “real life”, bad things can happen as well.  You can get sick, you can fall off your bike, you can lose your job, etc., etc., etc. and if you haven’t planned properly or managed your bankroll as they say in poker, there can be disastrous consequences.  When Maria first started playing live poker events in Las Vegas, she wanted to play at bigger buy in tournaments than her bankroll could handle.  Luckily, Erik guided her and she started playing in tournaments with a much smaller buy in.  That way, when she lost, she wasn’t going to be broke.  It gave her time to learn how to play better and eventually work her way up to the bigger tournaments.

We see people do stuff like this all the time in their financial planning.  It goes by various names.  Keeping up with the Joneses is probably the most common.  I don’t really know the Joneses, but they must be rich because everybody is trying buy houses like them, drive similar cars that are always too expensive, wear fancy clothes like they wear and send their kids to the best schools, just like the Joneses!

Just this morning, I was talking to a guy on the phone about his planning and he asked, “how much should someone my age have in their 401k?” or something along those lines.  I said, who cares?  All that matters is what do you need to meet your goals.  If you don’t have enough according to what you are “supposed” to have, can you do anything to change that number?  Of course not!  But you can figure out what you want, what you have and what you need to do in order to get to where you want to be in the future.  Forget about those Joneses, whoever they are!

Focus on the Process, Not the Luck

That was another line from the book that I thought had multiple applications.  Erik asks Maria, did you play correctly?  Everything else is just bullshit in our heads.  She goes on to quote someone named W.H. Auden.  In 1970 he said, “Language is the mother, not the handmaiden of thought; words will tell you things you never thought of or felt before.”  She goes on to write, the language we use becomes our mental habits and our mental habits determine how we learn, how we grow and what we become.  Every time we experience something, we interpret it for ourselves.  Do we see ourselves as victors or victims?

The same type of things happen when people invest their money.  I have had people tell me, whenever I invest in the stock market it always goes down.  Now, you know that doesn’t make any sense at all, but if a person uses that kind of language then it can become a self fulfilling prophecy.  They see themselves as victims.

What if instead of that, you were to focus on the process?  Sure, you can start putting your money into the stock market in 2007 and soon enough, your 401k turns into a 201k.  The person in the above example tells themself, see, every time I invest, it goes down.  Then they move to cash or just stop investing.  But the person who views themself as a victor says, I know I need to put money away on a consistent basis.  Historically, over time, the stock market goes up.  My advisor, Kevin Brown, told me the S&P 500 index was at 74 the day he was born in 1963 and just yesterday, it closed at 3900.  If I continue to follow the process, don’t freak out, diversify, etc., etc., I know things are going come back around and I will be rewarded for my faith, hard work and belief in the process.

I’m not done with the book yet, but I thought these couple of nuggets were too good not to share.  Who would have thought poker, financial planning and investing would have anything in common?  But apparently, they do!  Having an emergency fund and planning for the inevitable downturns are essential.  Also, focusing on the process versus the luck is another key to success.  Just like not being able to time the stock market, you can never tell when the cards are going to turn either in your favor or against you.  And finally, understanding that the language you use will become your mental habits.  Those mental habits then will determine how you learn, how you grow and what you become.  Are you a victor or a victim?  In poker as in life, that decision is up to you.  I hope you have enjoyed the few minutes you have spent reading this.  If you have any questions, feel free to reach out to me.  As always, thanks for reading!  KB