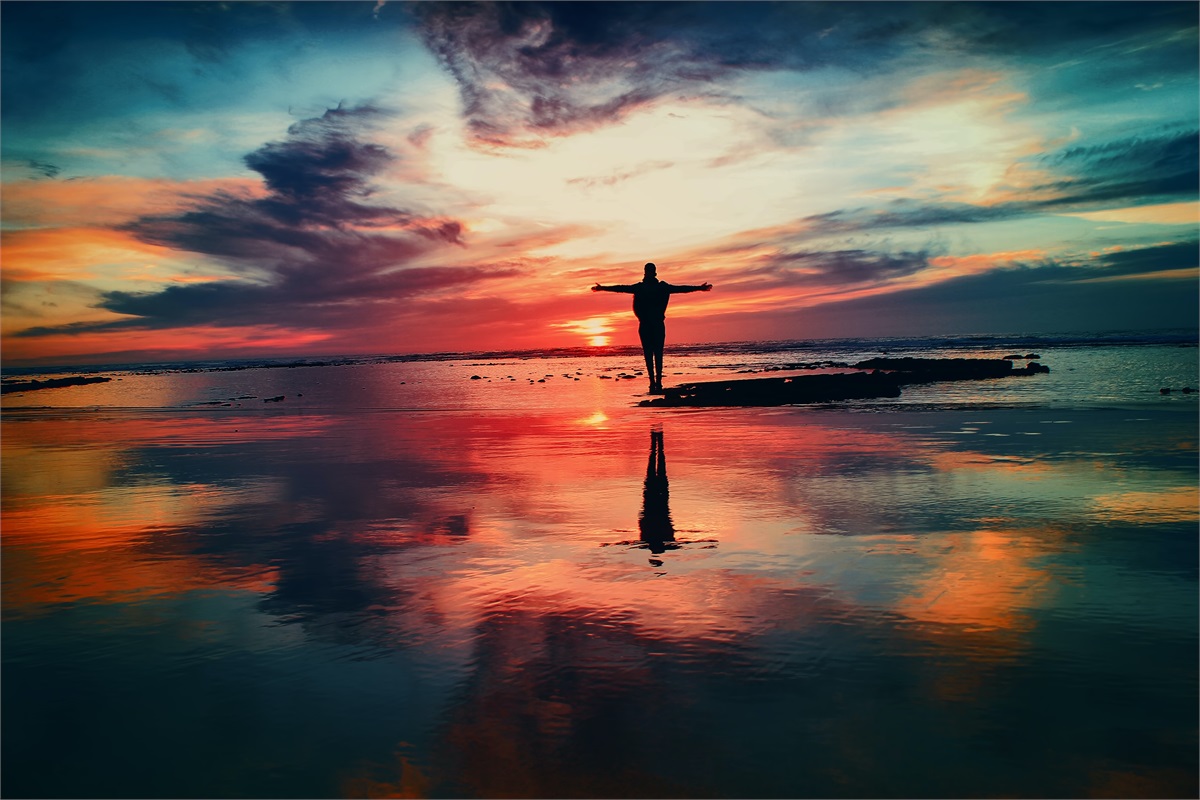 The Future's So Bright!

What if it does work out exactly as you imagined it, or better?  Entertain that thought.

A woman named Idil Ahmed wrote that and somebody else posted it on LinkedIn.  She has a website called idillionaire.com and she has tweeted over 64,000 times.  I have never heard of her prior to seeing this post but I thought it was awesome and wanted to talk about it.

Have you ever noticed how the years we remember are always the ones where something shitty happened?  1941.  2001.  Now 2020.  With 24 hour news, the internet, Facebook, Twitter, you name it, we are bombarded by wave after wave of bad news.  Coincidentally, I am writing this on December 7th,  2020.  December 7th,1941, a date that will live in infamy, was a line from Franklin Roosevelt’s famous “Day of Infamy” speech that he delivered to Congress on December 8th, 1941.

It is really easy to focus on all of the bad things happening in the world.  Obviously, we are in the middle of a pandemic.  People are dying every day from the virus.  Depending on your definition and who you ask, there are anywhere from 12 million to 30 million people in the United States either unemployed or underemployed because of the pandemic.  We still don’t know the long term effects from the virus.  A vaccine may be developed but we’re not sure when or how it will be deployed.  The President won’t concede he lost the election and Georgia still needs to vote again to decide who controls the Senate.  The national debt has increased by over 4 trillion dollars just this year to over 27 trillion dollars and I saw a story saying the Great Barrier Reef is being destroyed by global warming.  You get the point.  Right now, everything sucks.  Or does it?

I don’t know who first said that but I saw it and wrote it down on a white board in my office.  Mark Twain had a quote that said, “I’ve had a lot of worries in my life, most of which never happened.”  A lot of people think and worry about all of the bad things that can happen, particularly in a year like this where the news is constantly screaming at you about all of the problems in the world.  This brings me back to Idil’s quote, “What if it does work out exactly as you imagined it, or better?  Entertain that thought.”

In a previous blog I mentioned that fact that a lot of people don’t even know what they want in life.  Because they don’t know what they want, it’s easy to get bogged down.  But you don’t have to be one of those people.  Here are a few ideas that will help.

Knowing what you want requires some imagination.  This is the part where most people would tell you to write down your goals and all of that stuff.  I’m not saying writing down goals is bad, but if you’re stuck, I think this step is better.  Here’s what you do.  Get a big piece of poster board.  Then cut out pictures of things your want or places you want to go or people you want to be like.  Glue or tape the pictures to the poster board then hang the poster up where you see it all the time.

Get an Imagination Partner

My wife, Jenny, and I used to go on walks after we first got married.  We would talk about the things we wanted.  At the time, I worked at Northwestern Mutual and the way I got paid depended a lot on the amount of life insurance that I sold.  Because of that, my income was very erratic.  I remember telling her, I wanted to create an income that was more steady and came from different sources than just selling life insurance.  Jenny was working as an art therapist at a children’s psychiatric hospital but really wanted to have kids and stay home with them.  I remember it being the 15th or the 30th of the month and not getting paid because policies didn’t get approved or somebody cancelled their policy and I got a chargeback.  That means I had to pay back the commission I had already been paid.  Imagine being Jenny.  You want to have babies and stay at home and your knucklehead husband works for two weeks and makes nothing!  Yay us!

Yet we still went on our walks and dreamed about what we wanted to have happen with our lives.  Not everything works out perfectly, but Jenny did have babies, three in fact and has been able to stay home and raise our kids.  Having an imagination partner, my wife in my case, was invaluable.

A financial planner can serve as an imagination partner and accountability coach as well.  A lot of the things we want in life take money and planning.  Having a person you trust who can help you envision what you want, give you a roadmap to get there and keep you on track is a great resource.  I read something that said a good financial planner is like having a pilot of an airliner.  After they know where you want to go, they make sure you get there safely and enjoy the ride.  I don’t know if that’s the greatest analogy, but it’s close enough.

One question a financial planner might ask is, what’s important to you?  When you answer that, they will ask, why is that important?  When you answer that, they can ask, again, why is that important?  When you get to 5 – 7 times answering why something is important to you, the real answer will appear.  This is what you really want.  I learned this from a guy named Bill Bachrach.  He has a company that coaches financial advisors on building relationships and helping advisors’ clients to get clear on what they want.  He has a quote on his Financial Road Map from a guy named Mark Caine.  It reads, “There are those who travel and those who are going somewhere.  They are different, and yet they are the same.  Successful people have this over their rivals: they know where they are going.”

It sounds so cliché.  If you don’t know where you’re going, you’re never going to get there.  Yet, it’s so true.  If you think about it, most people have no idea about what they want, they are wandering aimlessly through life and spend a lot of time worried about what might happen to them.  What if instead, you had a clear picture of what you want, you imagined it working out as good or better than you planned and you had a partner helping you along the way?  To me, the second option sounds a lot better than the first.

2020 has been one of those years, but this too will pass.  Then what?  Have a clear vision of what you want your future to look like.  Get an imagination partner.  Put together your imagination board or whatever you want to call it then envision your future working out as good or better than you thought.  If it happened to Jim Carrey, why couldn’t it happen for you?  As always, let me know if I can help.  Thanks for reading!  KB