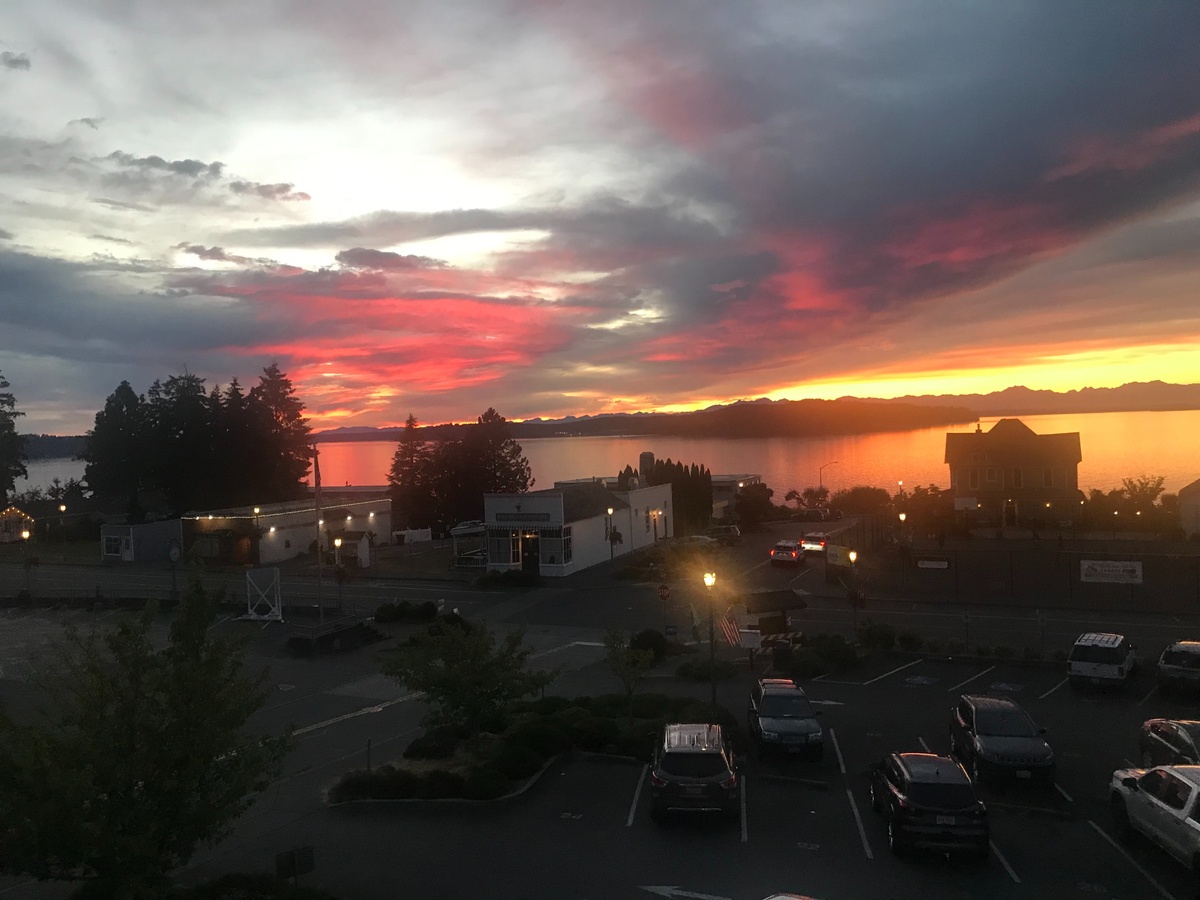 We Went on Vacation!

Big deal!  Who cares?  What does this have to do with a financial planning blog or whatever it is I write?  Well, sit right back and I’ll tell you why it does.

In the past, when we went on vacation, we did it like a lot of people.  We decided where we wanted to go at the last minute, didn’t have money saved, paid for the vacation on a credit card, then figured out some way to pay it back.  We had fun, but there was this impending feeling of dread.  You probably know what I’m talking about.

We started using a budgeting program called YNAB about three years ago.  I think it was after I broke my leg.  That’s my point of reference for everything now.  Pre break or post break.  Anyway, I had tried using YNAB in the past on my own.  I would start the program, look at a few videos, input the information, mess everything up, get frustrated and stop.

I saw something on LinkedIn and a fellow financial advisor said he used a budgeting coach to help him and his wife with their budgeting.  I called the advisor up, spoke to him a bit and then hired the same coach.  After a period of time, I found another guy on the internet as well.  I think it was on YouTube.  I reached out to him, and it has been an amazing experience.

His name is Nick True.  He is a YNAB expert.  He helps me use the program to its maximum potential.  Most of the videos on YNAB are geared to 25-year-old single people who spend $400 per month on rent, $50 for their cell phone and $200 per month on groceries.  Our situation is a little different.

We have a financial planning business, rental properties, three somewhat adult sons, my wife has an account and I pay most of the bills.  The most difficult things for us are, we have a variable income, and we have to make estimated tax payments.  Add in business expenses and unexpected costs that come up with the rental house and it gets more interesting.

Keeping Track in My Head

In the past, I used to keep track of everything in my head.  I would make guesstimates as to what I needed, then try to go from there.  Because of the variable nature of my income, a lot of times I ended up robbing Peter to pay Paul.  I called it plate spinning.  Here’s a video so you know what I’m talking about:  https://www.youtube.com/watch?v=Cb6NS_F5xTE

When we started working with Nick, he helped us to integrate our business account with our personal accounts.  We started paying each of us a salary instead of the plate spinning I was doing in the past.  I know this sounds basic, but when you don’t know how much money you are going to make, it’s more difficult than you think.  Then, when one of the rental houses went vacant or we needed to unexpectedly replace the air conditioner or hot water heater, things are even more complicated.

When I first started working with Nick, I told him, it’s kind of embarrassing because I’m a financial planner, but I need to talk to you to get help with my personal budgeting.  He said, you’re a big picture guy and I deal in the nitty gritty.  That’s really helped me.  I send people to Nick so he can help them with the minutiae.  The combination of paying attention to detail while have a big picture, long term focus is very powerful.

To make a long story short, with Nick’s help, we were able to budget in monthly saving so by the time we went on vacation, we had everything paid for.  Here’s the perfect example of what I’m talking about.  We drove to Seattle to go do tourist stuff.  Our sons are 24, 22 and 19.  They are hungry all the time.  We were walking down the street and asked Siri, restaurants near me.  One of the ones that came up was The Capitol Grille.  Apparently, it’s a chain of steak houses.  I had never heard of it, but it sounded good.

When we walked in, the guy at the front asked if we had reservations.  14 seconds prior to walking in, I had never even heard of the place so of course, we didn’t have reservations.  He was wearing a suit and tie.  I had on a Kiss t-shirt, Jenny had a tie-dyed t-shirt, two of the boys looked like 20 somethings on vacation and our oldest son was the most respectably dressed in our group.  I asked the guy at the front if they had a dress code.  He said it was business casual for dinner, but we were okay for lunch.

Then he asked me if I wanted to see a menu.  That’s code for, are you sure you can afford this place?  I told him, no, that wasn’t necessary as long as we were okay as far as our somewhat scruffy appearance.  I’m not telling you this to brag.  I want you to know how it felt knowing, I had saved for our entire vacation.

In the past, we would look at the menu, see the prices, say that’s too expensive then go eat someplace else.  This time, because of our budgeting, paying off debt, planning and saving for our vacation, the only thing I was worried about was the dress code.  It was an amazing feeling!  The meal was excellent, by the way!

After almost three years of budgeting, Zoom meetings with Nick, paying off debt, paying estimated taxes and saving for our vacation, the Brown family went on an amazing trip.  My boys got to see where their mother grew up.  Jenny and I went to one of our favorite wineries and we got to see friends and family for the first time in many years.

In addition to that, we’ve been paying off debt, maxing out our 401k plan, sold a rental house and invested the proceeds.  The budgeting has been both the nitty gritty stuff that I hate as well as the big picture, financial planning, investing, and saving that I really love.  The key to this was I, Kevin A. Brown CLU, ChFC got some help with his budget.  Having an extra set of eyes and a different perspective has been super helpful.  I tried to do it alone for a long, long time.  It’s worked out a lot better to get some help.

If you want to talk about any of these types of things feel free to reach out to me HERE.  As always, thanks for reading.  KB