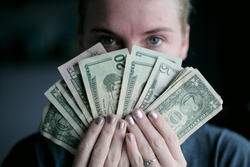 Why Social Security is SO Important to My Clients' Retirement Planning

Social Security is Not Going to be Around When I Retire!

I’ve told this story before, but I think it’s still important to repeat for this discussion.  Years ago, I was at a meeting of 100 or so advisors at the home office of my previous company, Northwestern Mutual.  The speaker was one of the leaders of the company and she asked the group how many of us thought Social Security was going to be around when we retired.  I was the only person to raise his hand.  She looked at me like I was a nut.  Really? She asked.  You think there is going to be Social Security when you retire???

I told her, as long as people are having sex and there are jobs, there’s going to be Social Security.  I believed it 15 years ago and I still believe it today.  You can argue if you like, but that’s my story and I’m sticking to it.  69.1 million people receive benefits administered by the Social Security Administration.  This includes retirement, disability, and survivor benefits.  There’s no way that is going to stop, in my opinion.  Now let’s look at what this means in real life.

Without Social Security Retirement, A Lot of People Would be in Big Trouble

While I have several clients who would be considered rich, most of my clients are in the middle and upper middle class in New Mexico.  According to a site called gobankingrates.com, the median income in New Mexico is $51,945 with the top 10% making close to $182,000 per year.  A lot of the people I work with have incomes way above the median.  I’m not saying this to brag, but to make a point.  Without their social security retirement, most of my clients who have made great incomes throughout their careers would have a hard time maintaining their lifestyle in retirement without their Social Security benefits.

There is a common way to figure out the maximum amount you can safely withdraw from your retirement savings called the 4% rule.  Basically, you multiply .04 times the amount of money you have and that is the annual amount you could potentially withdraw without running out of money in the future.  In order to generate $69,251.00 per year using this rule, you would need to have $1,731,275.00 saved for retirement.  I saw a statistic that said 13.61 million households have a net worth of over $1,000,000 excluding their primary residence.  That’s more than 10% of the households in the United States who are millionaires.

On the flip side, this means 90% of the households in the U.S. are not millionaires and even if you are a millionaire, could you live on $40,000 of income per year?  Maybe, but I don’t think it would be that great.

I have some clients who are getting ready to retire.  In the past, their income was around $150,000 per year.  Between them they have saved nearly $1,200,000 for retirement.  They are going to need about $5000.00 per month for living expenses, $2000.00 per month for another 8 years to pay off their house and they would like to travel while they are still young enough to enjoy it.  According to their cash flow plan, their expenses in retirement including taxes are a little over $100,000 per year.

No Social Security.  Houston We Have a Problem!

Now what happens?  My couple has a house payment of $24,000 for the next 8 years. They have two choices.  If they follow the 4% rule, they can safely take out approximately $48,000 per year from their retirement accounts.  After making their house payment, they would have $2000.00 per month to spend.  So, they spent their whole lives working, making good money, saving for retirement and after having accumulated over $1,000,000 and being in the top 10% of households in the entire United States, they have $67.00 per day to spend on food, clothes, cell phones, internet, travel, insurance, and wine? Yay!!

If they were to continue to live their current lifestyle without their Social Security benefits, they would be out of money at age 84.  Maybe they would die before they ran out of money but that is unlikely.  For a couple age 66, there is a 50% chance that one of them will still be alive at age 89.  The point of this is to show you how much money it takes to retire and why Social Security is an important piece of retirement planning for a lot of people!

What Can You Do?

The first thing to do is set up an account with the Social Security Administration so you can get an estimate of what you will receive in Social Security at retirement.  The website is www.ssa.gov.  When you set up your account, you can see the amount you are expected to receive at age 62, normal retirement age and if you wait until age 70.

After that, figure out how much you want to spend each month during retirement.  Subtract that number from your monthly Social Security benefit and you will know how much you need to save for retirement.  Let’s say you’re going to get $3000.00 per month from Social Security and you want to have a retirement income of $80,000 per year.  You are going to need an additional $44,000 per year.  Using the 4% rule, you will need to have $1,100,000 saved for retirement.

Then you pull out your HP12C calculator, enter the number of years until your retirement, put your current savings in PV, enter your assumed interest rate, then see how much you need to invest every month.  Then, calculate your employer match, decide if it’s better to do a Roth or a traditional contribution, subtract any other income sources that might become available, make a guess what tax rates will be in the future, decide on an asset allocation that meets your time horizon and attitude towards risk, think about potential costs of long-term care, decide how much you want to leave the kids, etc., etc., etc.

Or… you could reach out to someone who does this stuff for a living and ask them to help you.  If that appeals to you, I know a guy.  You can schedule a time to speak to him HERE!  As always, thanks for reading.  KB